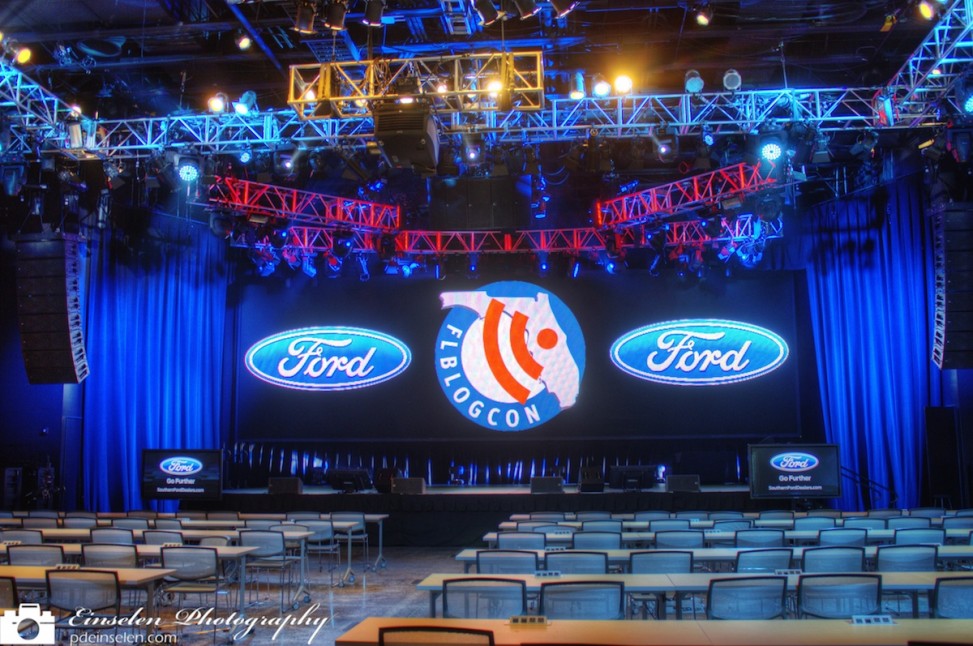 I attended FLBlogCon on September 20, 2014 in Orlando, FL. FLBlogCon was hosted at Full Sail University, a for-profit university. The school was founded in 1979 in Dayton, Ohio as Full Sail Recording Workshop. Full Sail relocated to Florida in 1980, adding video production and film production courses and, with the move in 1989 to its current campus, expanded its curriculum to include other entertainment and media-related areas of study. Full Sail began offering online degrees in 2007. [1]

FLBlogCon started four years ago by Bess Auer as Bess wanted to attend larger blog conferences but could not afford the time or cost to fly to locations such as Chicago or New York, so she started FLBlogCon. The event had 350 attendees this year, most from Florida but one attendee flew in from Spain! This year, FLBlogCon covered topics such as Blog Building, Content Creation, Social Media and something called Pecha Kucha Style?!?! I know I am already planning my topics to submit for next year’s event.

My blog is not a traditional blog. It is a photography blog. I do have copy and topics, but it is a little different. Still though I took away a lot from the conference, well worth the price of admission. The above photo is from what  I consider the “Main Stage”. Full Sail University has this awesome venue space, Full Sail Live, where the Opening Keynote, Ted Murphy CEO and Founder of IZEA, as well as the Closing Keynote, Eddie Selover from PechaKucha Orlando, was held. The conference came to a close and the bloggers started to head to the after party but I stuck behind to quickly grab some shots of the venue. I of course have fallen in love with HDR shots, as evident of my recent posts, so of course I had to shoot the venue in HDR. It was a challenge as the cleaning and tech crew were trying to do their job but I am very happy with my final shot. The full set of photos from FLBlogCon are below.