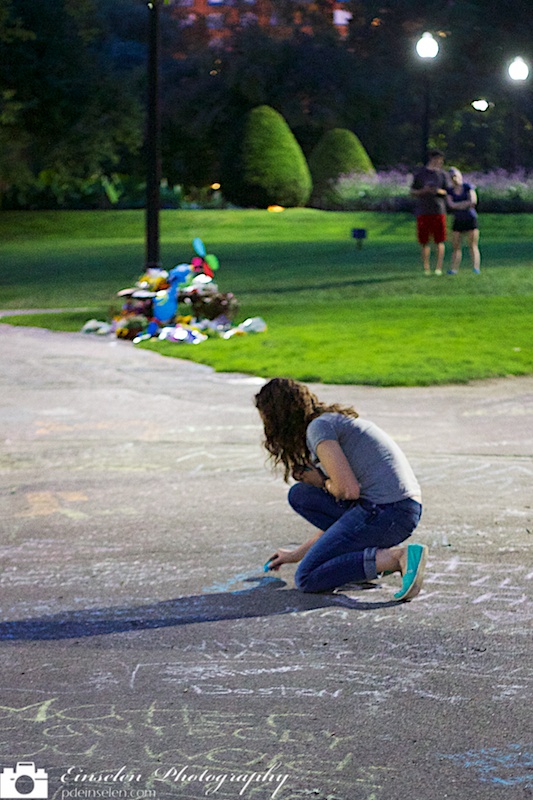 It was hard to hear the news of the passing of Robin Williams. I had the pleasure of traveling to Massachusetts on business. I planned to visit Boston for an evening but after hearing about Robin Williams I knew I had to stop by the Public Garden. Monday night after the passing of Robin Williams, fans decided to pay tribute to the actor by placing flowers, pictures, gifts and writing quotes and thanks to the late actor near the bench used in the film “Good Will Hunting”. I took a number of photos of the bench, the messages and the crowd that came to honor the late actor and comedian but this one really caught my eye. The photo is of a fan who found a space within the all the other messages to leave one of her own. In the top left corner you can see the bench with flowers, gifts and even a balloon animal Genie, from the Disney film Aladdin. Pictures can not do the memorial justice. Messages radiated from the bench for hundreds of feet.