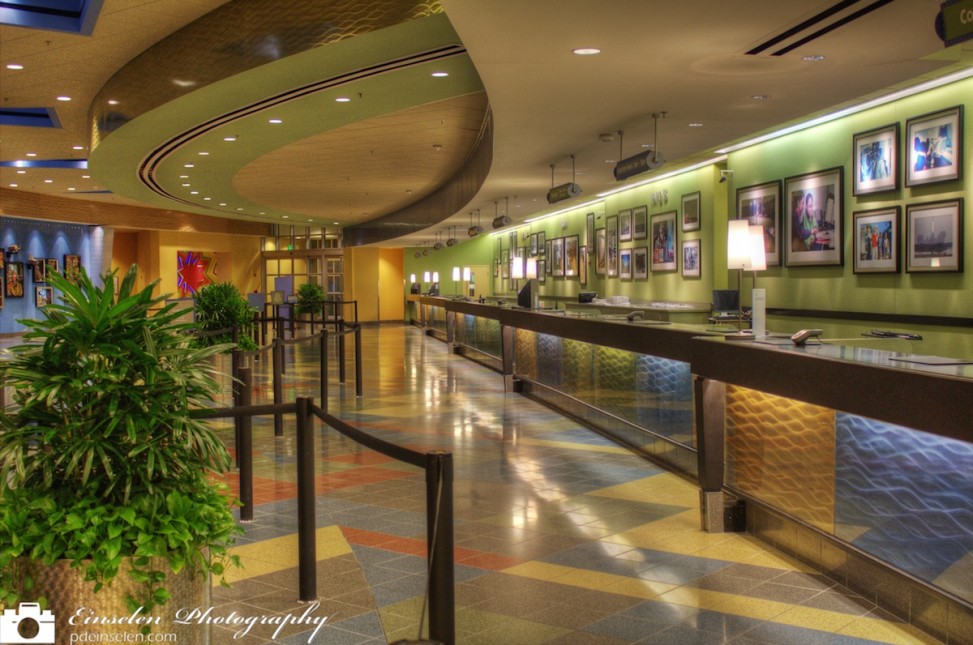 It has been awhile since I have posted a photo from Walt Disney World. This is the Lobby and Check In area at Pop Century Resort. I decided to have a mini stay-cation for a weekend at Disney World and booked a room at Pop Century. I stayed at the parks late and when I finally arrived back to the resort most guests were sleeping so I ran around the resort property with my tripod capturing photos without any people in them. Despite being a value resort, I am a huge fan of Pop Century. Each building is themed to different decades and have oversized props such as Play-Doh, Rubik’s Cube, Sony Walkman, Eight Tracks and Duncan Yo-Yos. The rooms are small, but can’t go wrong choosing Pop Century if you want to stay on property to either save on parking at the parks or have the added benefits of Extra Magic Hours and being able to charge in park to your room.