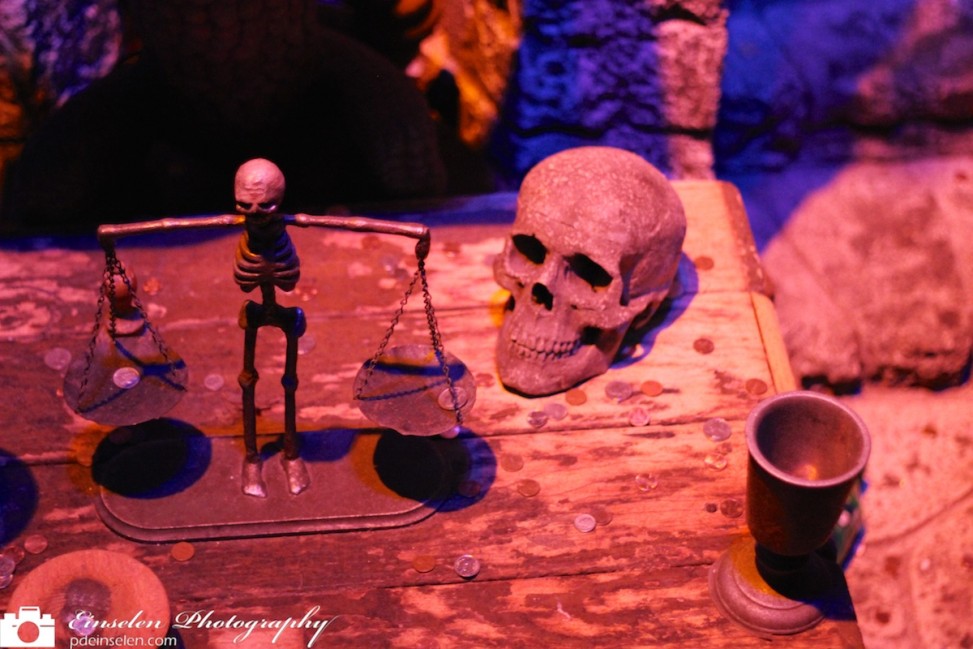 This is a photo from the queue of Snow White’s Scary Adventure at Disneyland in Anaheim, California. This queue is better than the queue at Walt Disney World. First of all it is still around. (Too soon?) Second the story telling takes place even before entering the queue as a book is outside the door warning of the poisonous apple, you know, the same one Snow White probably should have avoided. Once inside you turn the corner and see this scene with so much detail. It is impossible to get all the detail in one shot, at least with my current equipment. Here is a table with a skull, counterbalance scale with a skeleton as the frame, goblets and part of the detailed stone work. It is unfortunate that people decide to throw loose change trying to land in some specific target, but at least the Walt Disney Company routinely collects the change and donates it to charity. I love how Disney know hows to light a scene and this one in Snow White’s Scary Adventure is a great example of why. You can see in the back of the shot how the lighting is more purple or blue where the front is warmer with reds, yellows and oranges.