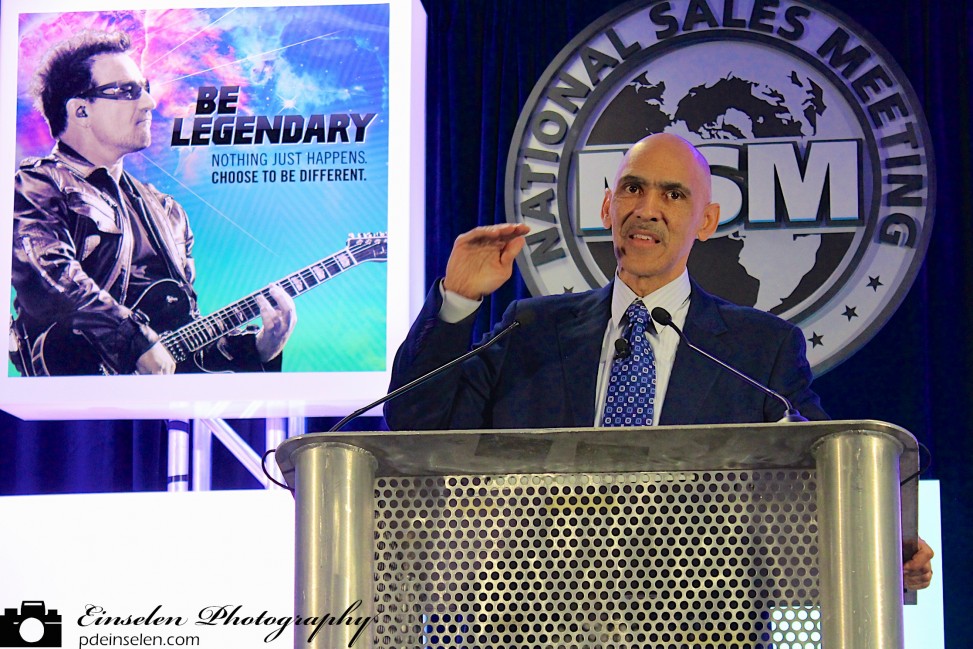 Just a few weeks ago I had the honor of having Coach Tony Dungy speak at my company’s National Sales Meeting. Each year the Senior Vice President of Sales selects a guest speaker for the National Sales Meeting. Previous years have included Coach Lou Holtz and Sugar Ray Leonard. Though the guest speaker is usually kept a secret until right before they speak typically a day or two before rumors will circulate around the office. Regardless of who was speaking I made sure I arrived early to grab a prime seat in the first few rows. I touched up the photo in Aperture to bring out the colors of the backlit “Be Legendary” sign.

Anthony Kevin “Tony” Dungy (born October 6, 1955) is a former professional American football player and coach in the National Football League. Dungy was head coach of the Tampa Bay Buccaneers from 1996 to 2001, and head coach of the Indianapolis Colts from 2002 to 2008.