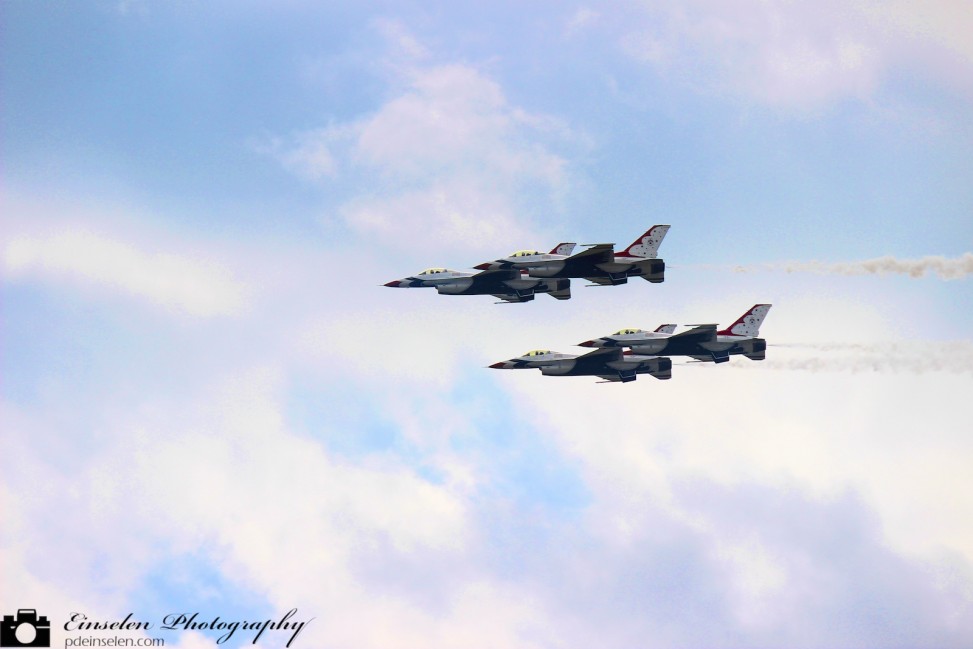 Each year MacDill AirForce Base hosts AirFest where the base is open to the public for the weekend and the base schedules exhibitions for the entire day. In addition to the show in the air, there are many planes parked on the tarmac for static display including this year C-5 Galaxy and two F-22 Raptors. The main event this year was the U.S.A.F. Thunderbirds.  I captured the image on the second day which was overcast most of the day. We worried that the show could be canceled due to visibility. I had to touch up this show in post due to the gray skies and I was at the right position and angle that it looks like I was in a chase plane flying at almost the same altitude as the Thunderbirds.