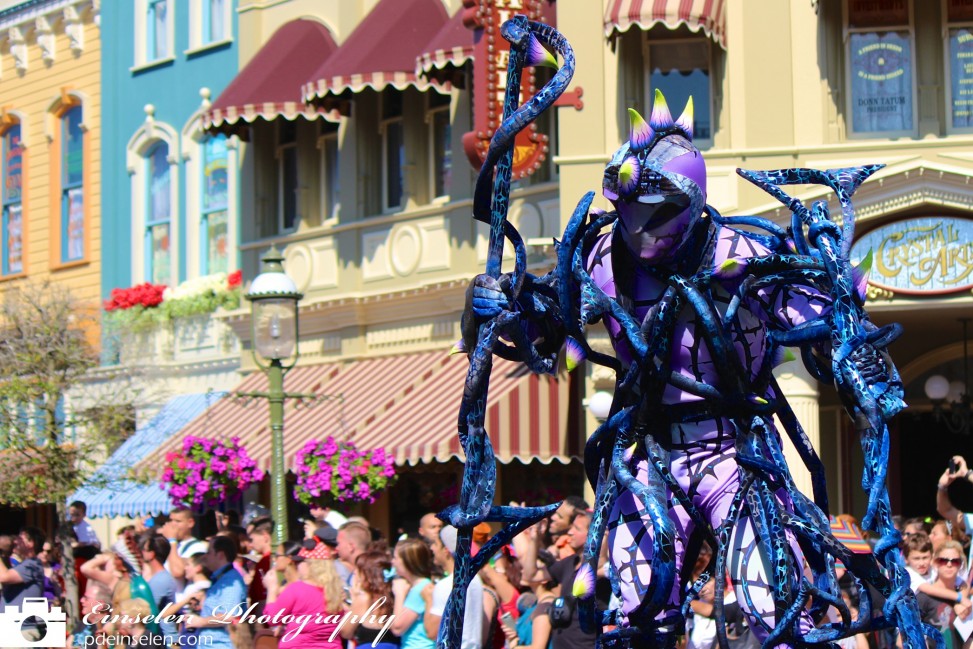 On Sunday March 9th Disney Debuted its new afternoon parade at the Magic Kingdom, Festival of Fantasy. Originally I had not planned to go to the parks that day, but boy was I glad I did. Even though we had to stand in our spot for a few hours it was well worth the wait. The parade features characters both old and new including but not limited to Belle and The Beast from “Beauty and the Beast” and Anna and Elsa from “Frozen”.

I had so many photos from the parade that I liked it was hard to pick one to feature so I am sure you will see a number of photos from this parade in future posts. This photo is from the Steampunk inspired Maleficent float and is one of Maleficent’s guards or army men that is walking on stilts.